Hello,
We had our first snow fall this year! It caused a lot of havoc yesterday in and around Swindon and other parts of England and Wales. They estimated we got around 4-6 inches of snow, not much but enough to close many schools, delay buses and trains. My son's school was one of the few schools  which were opened in the morning. To my son's horror- he wanted a snow day. But because it snowed throughout the morning, the head teacher thought it would be best to close at midday. It continued to snow all day and most of the night. I took some photos of our winter wonderland. 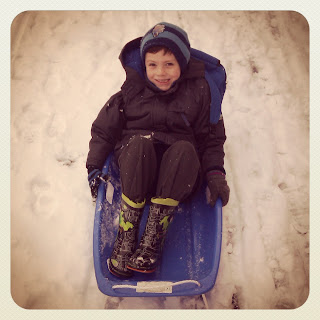 This was my son when I turned up at his school with his sled. Was he happy or what?
Below are photos of our local park. 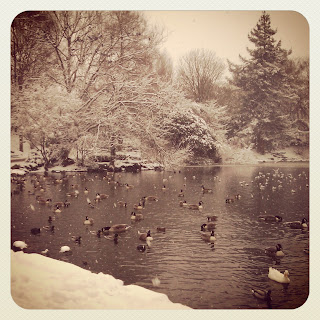 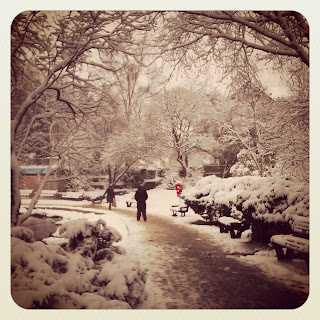 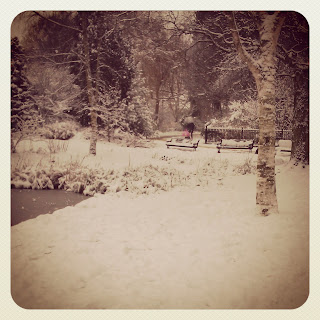 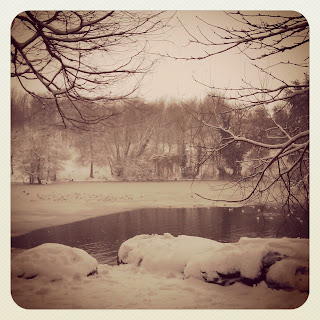 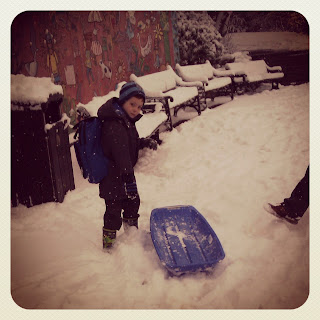 My son pulling his sled. 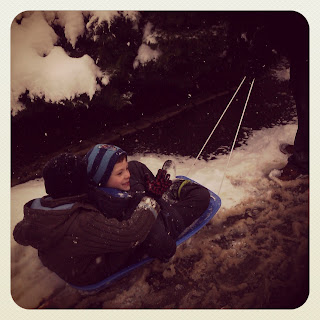 He and a school friend are pulled along by his friend's dad. He had a blast. 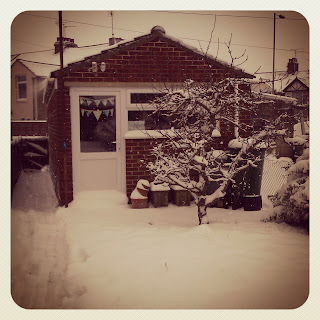 Outside my studio at the back of our house. 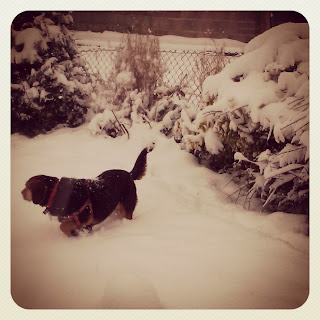 Jack our dog, enjoying himself in our back garden. 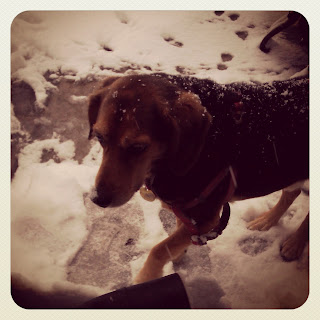 He's had enough-so he's coming inside.
If you would like to see more photos of "Snowy Swindon", click on this link.
They say we will get more snow over the next couple of days. We just have to wait and see.
Bye for now. 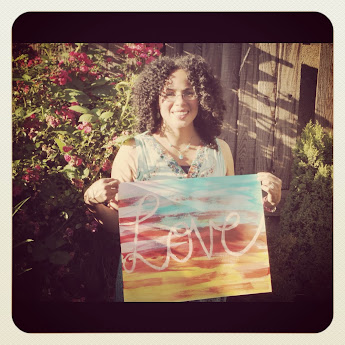 Hello I'm Carmen, thanks for visiting my blog.

I'm a mixed media artist originally from New York. I now live in Swindon, Wiltshire with my husband, son and lovely dog. I will be posting examples of my artwork, my process of making art, information on exhibits, and anything else that interests me.

Please feel free to leave a comment or ask a question.

My artwork is inspired by nature, textures, patterns and colours. When creating I love to combine paint, papers, beading, printmaking and sewing techniques.